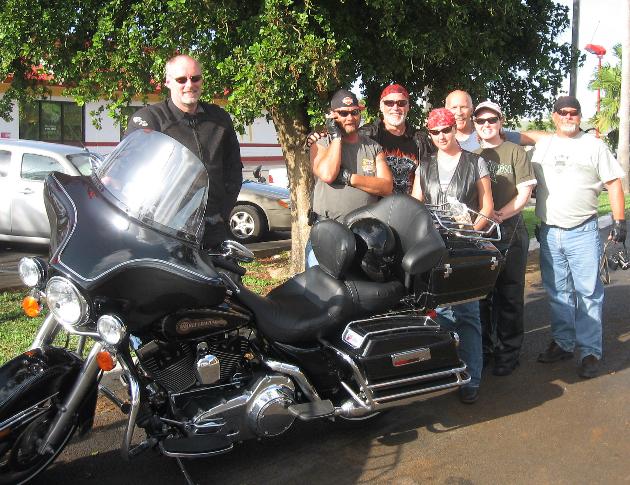 Just before Memorial Day, I joined a few friends on a 2-day bike trip to Key West.  I had been wanting to try out a chopper for the longest time, so I rented a Bougert’s Chopper from Orange County Choppers in Ft Lauderdale and headed to the Keys. 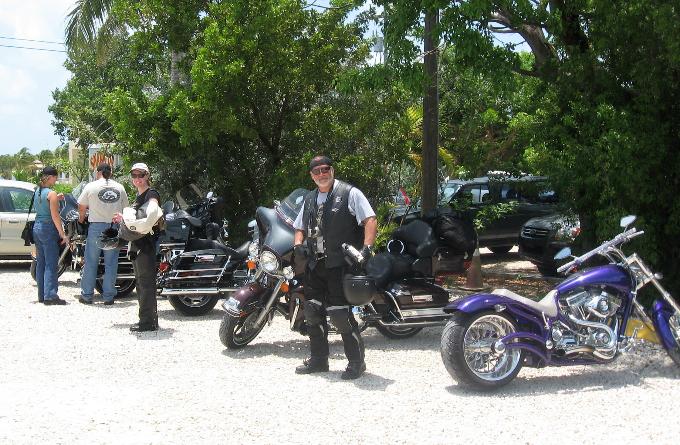 It was a powerful purple monster with a big, fat 300 tire on the back that was real fun to ride.  While the chopper in the foreground is the bike I first rented, it isn’t the bike I road back on.  See, we hadn’t made it to the Red Road toll plaza on the turnpike, when Richard realized that the 6-inch bolt that holds the gas tank to the frame was missing!  Bougert’s kindly met us in Key Largo and switched choppers.  Stuff happens I guess. 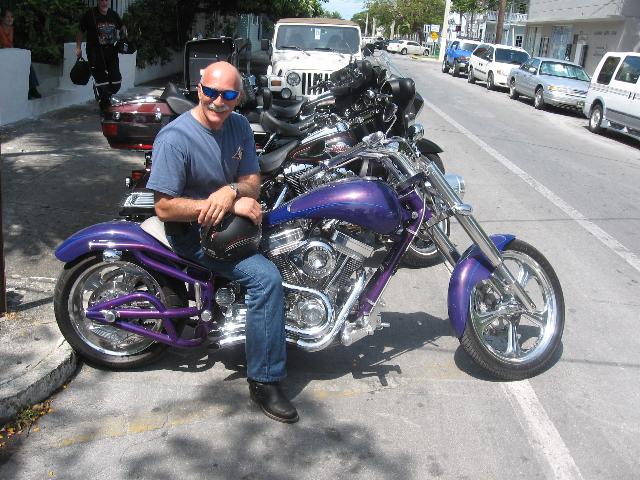 This is the bike that I completed the trip on.  Same frame and motor, but a slightly smaller back tire which made it more nimbler to ride.  Choppers don’t come with a windshield (of course) so the ride got fun once we picked up some speed and the rain started.  All that I could do is keep my head as low as possible to the gas tank (which was firmly affixed to the frame this time) and my hands on the grips.  Here we are lined up in front of the little B and B that we stayed in.

While I ended up slowing everyone down with my bike problem, we did get to catch a few beers at Sloppy Joe’s, enjoy some great meals, and see Mel Fisher’s Treasure Museum.  I even made it to the Southern-most Point of the U.S.!  All-in-all a fun ride.  A Chopper is a fun ride for short trips, but next time I head to the Keys it will be on something with a more comfortable seat and a windshield (I promise honey)!